Read the summit coverage at e-jewishphilanthropy.com 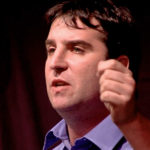 David is the leading voice for Thriving in Jewish educational settings. David completed his Ph.D. Education and Jewish Studies at NYU focusing and is a graduate of the Wexner Graduate Fellowship Program.David was the primary author of the 2016 research report titled Generation Now: Understanding and Engaging Jewish Teens Today. Read his thought piece: If You’re Happy and You Know it: The True Purpose of Jewish Education 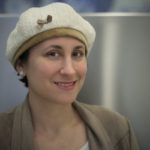 Adina is the Executive Director of SYNERGY at the UJA-Federation of New York. For 100 years, UJA-Federation has been a central force for communal planning and philanthropy in the New York Jewish community. Through UJA-Federation, close to 50,000 donors pool their resources to help people in need, inspire a passion for Jewish life and learning. 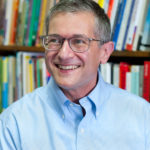 Jeffrey is a faculty member in the William Davidson Graduate School of Jewish Education. His work focuses on social, emotional, and spiritual elements of Jewish education. Dr. Kress is a certified facilitator of the Center for Creative Leadership’s Benchmarks 360 and has conducted assessments for educational leaders in programs such as the Day School Leadership Training Institute. 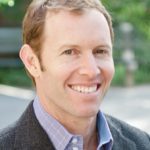 Darren is the Founding Rabbi of Tamid: The Downtown Synagogue in Lower Manhattan. He holds Doctor of Ministry degree in Pastoral Psychology from the Post-Graduate Center in New York and HUC-JIR. in 2016 he launched Positive-Judaism.org to host the growing community of those interested in the intersection of religion and positive psychology. 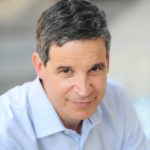 Michael is an expert in Executive Leadership and Coaching and is a sought after speaker, trainer, facilitator and consultant. Ordained as a rabbi in 1998, he has served as Director of NFTY, as a congregational rabbi and educator at Temple B’nai Shalom in Fairfax Station, Virginia, and as a consultant, educator and advisor with a company he founded, Jewish Youth Works.

Geoffrey is the Founding Director of Sinai and Synapses, an organization that bridges the scientific and religious worlds.  His work has been supported by the John Templeton Foundation, Emanuel J. Friedman Philanthropies, and the Lucius N. Littauer Foundation. Read his thought piece, Why Time Isn’t Money. 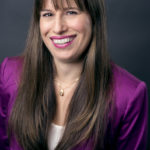 Rebecca is the Director of Rabbis Without Borders at CLAL – The National Jewish Center for Learning and Leadership. She directs two rabbinic fellowship programs and coaches individual rabbis in attaining their career goals. She was the founding director of the MetroWest Jewish Healing and Healing Center and she holds a masters degree and ordination from JTS. 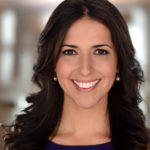 Emiliya is the CEO and founder of The Flourishing Center that is dedicated to increasing the flourishing of individuals, organizations and communities world wide. She is the creator of the Certification in Applied Positive Psychology (CAPP) program offered in 11 cities across the U.S., Canada and online worldwide which has trained over 700 practitioners to date.

Thank you to our 2018 Summit Presenters