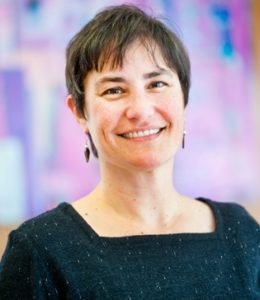 How has the Jewish people survived for millennia? It’s an age-old question, asked by Jews and non-Jews alike, from Pascal to Goethe, Tolstoy to Twain. One answer is resilience. The capacity for resilience has been woven into the fabric of Judaism over thousands of years. Judaism’s focus on helping people to get on with living in the face of challenges, pain and tragedy has helped the Jewish people to survive and, indeed, to thrive. Self-conscious awareness around this orientation toward resilience can serve us extremely well today – if we take advantage of it.

As a general rule, I resist questions asking what is the “essence” of Judaism. The Reconstructionist definition of Judaism as “the evolving religious civilization of the Jewish people” pushes me toward a dynamic understanding of Judaism and Jewish living rather than any fixed or essential one. In a Reconstructionist understanding, the only two things that are continuous are the Jewish people and the change we have continuously confronted. When I talk about resilience as an essential factor, I am talking about it as a process, orientation, and attitude.

What do I mean by resilience? The American Psychological Association defines resilience as “the process of adapting well in the face of adversity, trauma, tragedy, threats and even significant sources of stress.” Psychiatrist George Vaillant offers up the image of resilience as a “twig with a fresh, green living core,” something that, after encountering pressure, springs back and continues to grow.

Judaism, writ large, is about resilience. Across the span of Jewish history, Jews have experienced extensive trauma, even catastrophe, and we have survived – as a people and as a civilization. After each catastrophe, the prevailing paradigm was inoperable: we no longer knew how to understand ourselves in relation to God, to other Jews, and to other peoples. And, throughout our history, Jews have ultimately transcended catastrophe after catastrophe. We have repeatedly breathed new life into the Jewish people and the Jewish civilization and we have found pathways toward repair. From trauma, we have had to heal. We have had to recover and re-vision, re-seed and regenerate vital Jewish life. We have found ways to cultivate resilience, both individually and collectively.

Jewish history is, in many ways, a recurring cycle of crisis and renewal—near destruction, survival, and ultimately, in many places, thriving. I’ll offer a handful of examples. The Second Temple in Jerusalem, the center of religious life in biblical times, was destroyed in 70 CE. This hurban, this destruction, could have meant the end of the Judean people and the Israelite religion. Instead, our ancient sages created rabbinic Judaism, organized around synagogues and home observance and promoted through the prism of halakhah (Jewish law). Let’s look ahead 1400 years, to the Spanish Inquisition. After Sephardi Jews were persecuted and expelled, Jewish mystics responded by fashioning the deep and complex and ongoing tradition of Kabbalah. Two hundred years later in Eastern Europe, Hasidic Judaism emerged in the aftermath of the terrible Chelmnitsky massacres. Europe’s Age of Enlightenment introduced Jewish emancipation, which brought many opportunities and also much confusion about identity and community. This ferment sparked tremendous cultural creativity, itself a vibrant expression of resilience – witness Spinoza’s philosophy, Marx’s political theory, Freud’s psychiatry, Durkheim’s sociology, Einstein’s physics, Schoenberg’s compositions, and the list goes on. Emancipation, its opportunities, limitations and crises also gave rise to Zionism, the Jewish nationalist movement, which ultimately created an independent Jewish state after nearly 2000 years without one.

This list is obviously a simplification of Jewish history. These developments are more complex than this summary suggests. Yet even in the most abbreviated telling they are also only a handful of examples of collective Jewish revival after trauma.

Let me turn to individual resilience. In Judaism, separating the collective from the individual is always difficult, since the two are so often interdependent. This much is clear: Judaism has sustained the Jewish people because Judaism sustains individuals. How many parents have buried children yet continued to work to build a better world? How many sons and daughters have seen their parents, their entire communities consumed by conflagration and persecution, and yet found the strength to rebuild? How many have seen their lives destroyed and found the will to start all over again?

Our cultural capacity for renewal is built on a foundation of individual practices that encourage and even command renewal. We see it in our liturgy. מחדש בטובו בכל יום תמיד מעשה בראשית “Every day creation is renewed,” the morning service teaches. If we open ourselves to this teaching, we can see that every day, we have an opportunity to recommit ourselves to living out our values. In Menachot 43b, the Talmud teaches that we should say 100 blessings a day. We could see this mandate as legalistic and oppressive, or we could see it as an invitation to engage in ongoing gratitude practice, to raise up the interconnectivity and abundance that undergird our daily lives on the best of days, and even when those days are filled with challenge and loss. Jewish time is structured to end each week with Shabbat – literally, a ceasing of activity. If we truly pause and rest, Shabbat can help us to step out of the demands and preoccupations of the week and can support us in refreshing both our bodies and our souls. And of course, the cycle of the Jewish year builds toward the Yamim Nora’im, the High Holidays, when we at once reset the year and, through teshuvah, repentance, reset the moral compass of our lives.

Talking about all of this through the lens of “resilience” situates a conversation about Jewish raison d’etre, wisdom and practice in psychological literature. Even as I have been giving Jewish examples, I began with a social scientific definition. I hope this definition is illuminating or educational or useful. What I am also doing is introducing another source of authority. Contested authority is a hallmark of the modern era, and, if possible, even more the postmodern era. Where our ancestors were largely convinced by revealed religion and supernatural explanations, for many of us, religion competes with rationalism. We look to science or other explanations for why the world is the way it is and what we should do while we are on this earth. And we wrestle with how we make decisions. For our ancestors, the answer was “because God said so,” or perhaps “because the rabbi said so.” But since the beginning of the modern era,  answers were increasingly the because science said so or because I said so. Individual autonomy—deeply embraced especially by Reform Judaism, is at once empowering and isolating

In my framing, I put forward the premise long championed by rabbis and Jewish communal leaders that Jewish civilization offers up rich resources to cultivate resilience. I am also putting forward another premise that a secular authority, in this instance psychology, validates longstanding religious practices by confirming that they cultivate resilience and well-being. In this way, I seek to harmonize religion and science, to ensure that they work in concert rather than competition.

But why? What are the stakes for making this case? I have two responses, one optimistic, the second more resolute.

We are now 70 years following the catastrophe that came to be known as the Holocaust. In Jewish time, 70 years is a life time. Seventy years after the destruction of the first Temple, the second Temple began to be rebuilt.

The status of Jews in America is unprecedented in Jewish history. Even as we are struggling with whether and how the present moment is discontinuous or qualitatively different from the past, we nonetheless have unprecedented opportunities here. What can we Jews make of this open society, in an age of invitation, when we have, for the most part, been widely embraced?  What structures are we going to build? What ideas are we going to advance? How are we going to thrive?

My second challenge is darker. In this age of rising fundamentalism, can we make the case that non-fundamentalist religion matters? How do we bolster ourselves and enable religion to aid us in working toward redemption for all people? How might we unleash the deep wisdom embedded in Judaism to provide support to sustain us in these challenging times? We see, all too clearly, that there are people who are willing to kill and die for what they believe. What are we willing to live for?

When I have more time, I often teach a resilience practice. I might teach the science behind offering up gratitude and work with people to develop their own translations of the morning prayer Modeh Ani, thanking God for returning our spirits. I might instruct on the benefits of breathwork and then share melodies for another line from the morning liturgy,  Elohai Neshamah, the soul/breath you have given us is pure. If you are interested, I invite you to listen to my podcast, Hashivenu: Jewish Teachings on Resilience (http://hashivenu.fireside.fm). Sometimes I teach the theme song to the podcast, since singing together also cultivates resilience.

Today, I’ll end with a teaching on why I chose this verse for the name of the podcast. Most of you know it if you’ve spent any time in a synagogue; it’s –well-known verse from when we put the Torah away. Hashivenu adonay elekha venashuvah “Help us turn to You, Source of Life, and we shall return.” Hadesh yamenu kekedem “Renew our lives as in days of old.”

This verse is a powerful demonstration of the resilience encoded into Jewish life.  The original text is from Eichah, the Book of Lamentations, an extended cry of pain composed after the destruction of the first Temple.  More than a thousand years later, medieval poets placed it in early Jewish prayer books. This is one path toward renewal, drawing on old sources and applying them in different ways. Yet in either context, the verse imagines a nourishing relationship with the Source of the Universe in our life’s work of turning, returning and renewing.

We live in a world full of blessing and pain, full of potential and disappointment, full of repentance and then, once again, losing our way.  The deep teaching of this verse hashivenu is an invitation to live into its double nature—to seek consolation in the face of desolation, and to find inspiration toward learning and community and action.